As children, we are all excited to learn how to do new things, whether it be learning how to tie our shoes or learning to ride our bike without training wheels. Imagine for a minute though if you struggled to tie your shoes. For Daniel Radcliffe, best known for playing Harry Potter, tying his shoes is something he struggles with every day.

Radcliffe suffers from what is called dyspraxia, a developmental coordination disorder that makes things as simple as tying his shoes or even writing a struggle. He only has a mild case, but still struggles nonetheless, especially in school. Some cases are so severe that some people struggle with walking up stairs or even driving a car.

Radcliffe doesn’t let his disorder get in his way though. He knew he struggled with certain things in life, school being one of them, and from a very young age he decided he wanted to be an actor. He wasn’t going to let anything stop him from achieving what he wanted. At the age of nine, Radcliffe made his first big break as an actor by playing David Copperfield in a British Broadcasting Corporation (BBC) show. From there, his career took off. Before starring in the Harry Potter films, he played in one more major role in the film The Tailor of Panama in 2001.

Though he is widely known for playing the infamous Harry Potter from 2001 to 2011, Radcliffe has played in numerous other roles after the Harry Potter movies. He was seen on the Broadway stage for two different productions and is currently working on three movies, two of them coming out this year, and the third coming out in 2016.

For Radcliffe, it isn’t about the fame or the money. He simply acts to act. He has dreamed of being an actor since he was five and is achieving that dream a little at a time. In his Internet Movie Database (IMDb) profile under his personal quotes he says, “I’m lucky enough to have a job that I love, and a relatively down-to-earth lifestyle.” He would have never gotten the role for Harry Potter if it wasn’t for his drive to become an actor, and, due to his determination, he would have still achieved his dream sooner or later.

Radcliffe hasn’t let dyspraxia stop him from achieving what he loves to do. Even though he does have dyspraxia, he hasn’t only shown that it has not stopped him, but he has also raised awareness for the disorder by showing people they can still achieve what they love despite any illness.

Many people still see him as Harry Potter, the boy who lived, but he is slowly making his way in the acting world. He recently had 35 nominations for film awards around the globe, and won 12 of them. Radcliffe loves acting; it is his life and his dream to be an actor, whether he is the best or not. For him it is simply doing something he loves and making the best of his situation.

Auditory System: “Kindergarten Guide” to Auditory Processing and How Your Child Uses it in the Classroom

Language Development: What to Expect at Different Ages 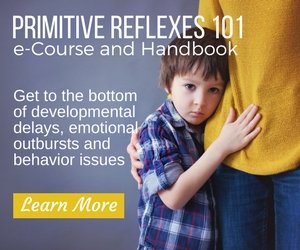 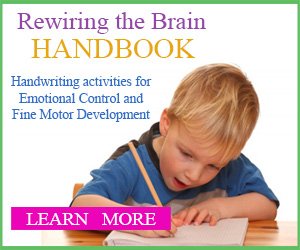 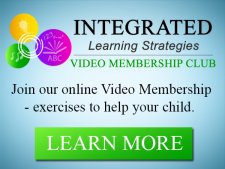